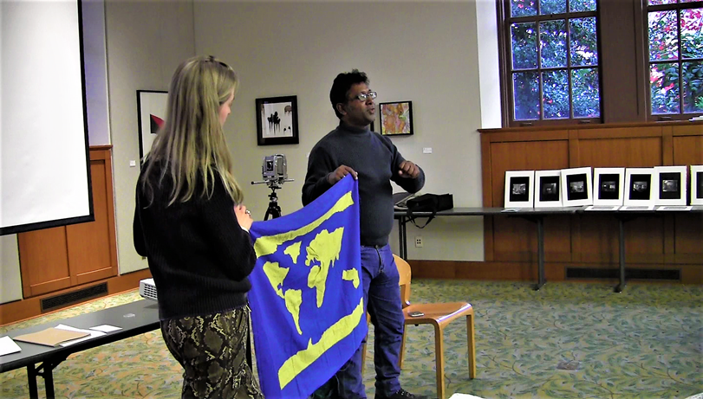 Bedtime story lab was a collaborative storytelling project that explored the futuristic imagination of Portland city by its residents. It was intended to playfully engage with the dwelling between memories and imagination of space, place, and its people.

The stories were generated through interviews with local residents of Portland who has been part of its history. The stories took references from local people’s bed-time stories. Transporting the characters from those stories to an imaginary future of the city.  The project was an outcome of the history of art and social practice class of art and the social practice MFA program at Portland State University.

Portland-based Emma Colburn recontextualized stories from her own childhood and made the little fish name Sue travel all the way from Willamette river to the coast of India. The entire story was based on Sue’s journey to a faraway ocean and his return home. It playfully captured Sue’s experience of meeting new fishes and befriending them and learn about their culture and practices.

The stories were told to the audience at the Portland Central Library, creating a temporary space for engaging with the childhood, memory, and nostalgia. 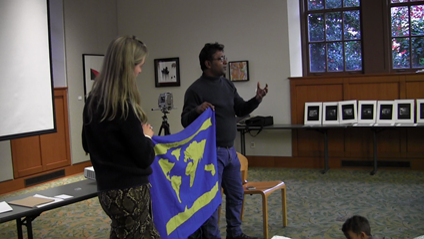 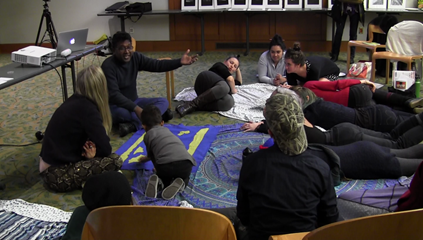