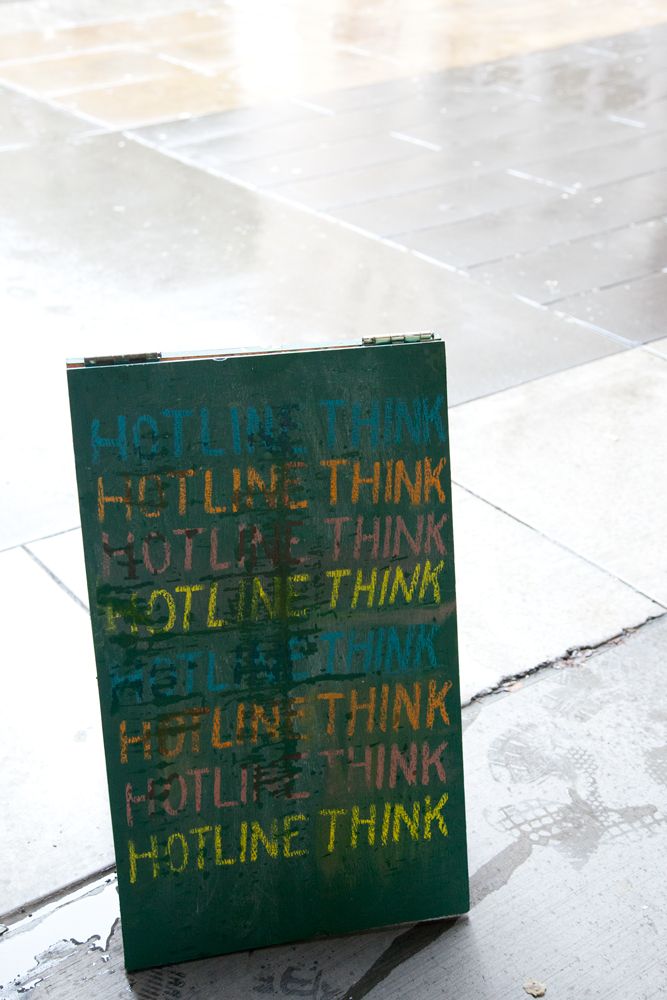 Hotline Think was a temporary, mobile call center that allows concerned residents and passersby to leverage their thoughts and feelings towards action. The action the center promotes is that of radical artistic empathy in the face of discriminatory immigration policies. These policies are new and old, national and local, and they generate racism, xenophobia, and bigotry: they are created and enforced by the U.S. Federal government.

The Hotline Think Call Center was a setup to provide scripts and information in order to facilitate phone calls to concerned parties. Both scripts and concerned parties are understood in an expanded context: what is the effect of a poem by a writer from one of the newly banned countries on a Senate staffer? How might a conservative talk-radio host respond to a plea for help? What might happen if you call an anti-immigration think tank and conduct a survey about empathy? Hotline Think hopes to use poetic gestures as a way to inspire empathy in the political realm, and act and collect strategies towards this end.

Hotline Think was a collaborative project as part of the Art and Politics class in the Art and Social Practice department at Portland State University in the winter term 2017. 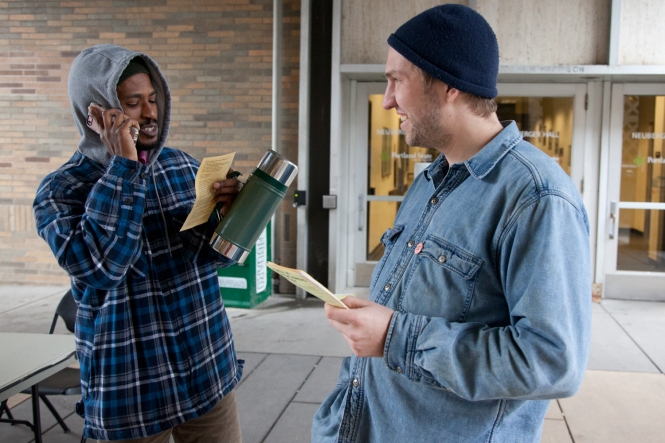 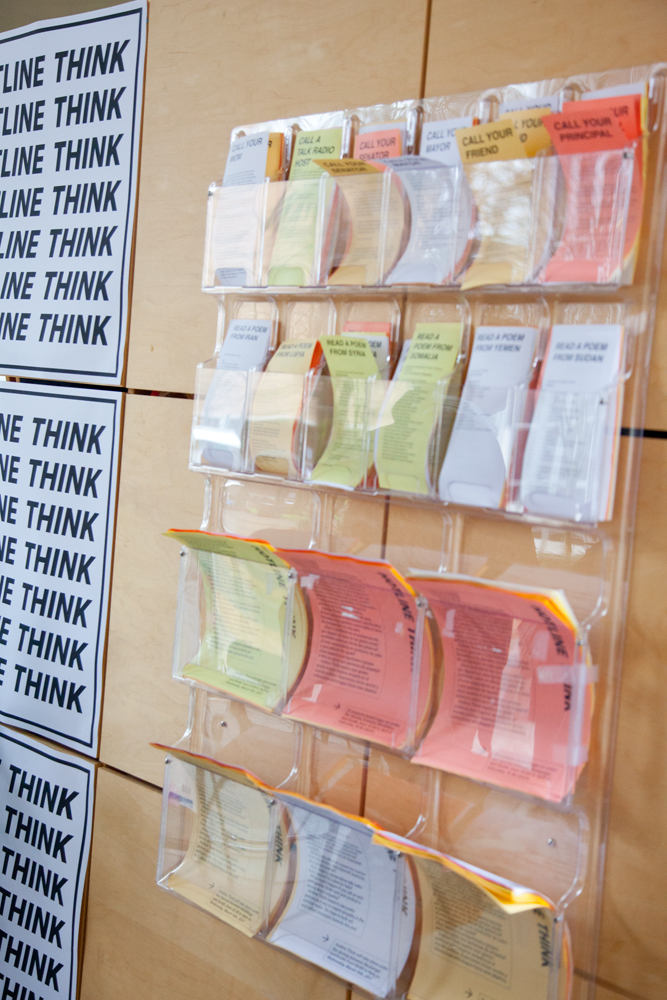